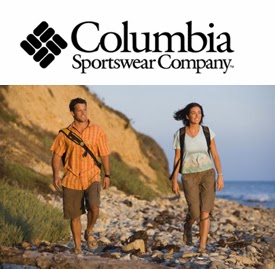 PORTLAND, Ore.---Columbia Sportswear Company (NASDAQ: COLM), a leading innovator in the active outdoor apparel and footwear industries, today announced net sales grew $43.7 million, or 16 percent, to a second-quarter record $324.2 million for the quarter ended June 30, 2014, compared with net sales of $280.5 million for the same period in 2013, including a less than 1 percentage point benefit from changes in currency exchange rates.

Second quarter 2014 net loss totaled $6.3 million, or $(0.18) per share, including a net tax benefit of $5.6 million, or $0.16 per share, resulting from the favorable resolution of uncertain tax positions from prior years. During the quarter, the company incurred approximately $3.4 million of non-recurring transaction costs related to the prAna acquisition, and approximately $1.3 million in amortization of certain acquired assets and other integration costs which, combined, equated to $2.9 million net of tax, or $(0.08) per share. Second quarter 2013 net loss totaled $7.1 million, or $(0.21) per share.
Tim Boyle, Columbia’s president and chief executive officer, commented, “We are very pleased with our performance through the first half of 2014 and anticipate strong Columbia and Sorel brand momentum in the second half, particularly in North America. In addition, our brands continued to stabilize in the key Europe-direct markets that are a focal point of our ongoing efforts to drive renewed growth and improved profitability.

“With the successful completion of our previously announced acquisition of prAna during the second quarter, we enter the second half of 2014 with a new exciting brand in our portfolio, which we expect to be accretive in 2015.”

Boyle concluded, “Our first half performance, coupled with the confidence we have in our brands, our line-up of innovative products, and our global team, led us to increase our full year 2014 financial outlook. We believe we are beginning to make meaningful, sustainable progress toward our goal of improving our profitability.”

The second quarter is the company’s smallest revenue quarter, historically accounting for a mid-teens percentage of annual net sales. As a result, regional, category and brand net sales results often produce large percentage variances in relation to the prior year’s comparable period due to the small base of comparison and shifts in the timing of shipments.

During the second quarter, the company completed its previously announced acquisition of prAna Living LLC for $188.5 million, net of acquired cash. The company ended the second quarter with $394.4 million in cash and short-term investments, compared with $430.6 million at June 30, 2013. Approximately 54 percent of cash and short-term investments was held in foreign jurisdictions where a repatriation of those funds to the United States would likely result in a significant tax cost to the company.

All per-share amounts in the following outlook are based on projected outstanding shares prior to the effect of the pending two-for-one stock split scheduled to take effect after the close of business on September 26, 2014.

Including prAna’s anticipated operating results for the June through December period, as well as the non-recurring transaction costs and amortization of certain acquired assets and other integration costs described above, we expect our full year 2014 financial results to include:
A more detailed version of the company’s 2014 financial outlook, including pro-forma comparisons of anticipated 2014 and actual 2013 operating results adjusted for non-recurring items, can be found in the “CFO Commentary on Second Quarter 2014 Financial Results and Upward-Revised 2014 Outlook”, available on the company’s investor relations website: http://investor.columbia.com/results.cfm.

The board of directors authorized a two-for-one stock split, payable on September 26, 2014 to shareholders of record on September 8, 2014.

At approximately 4:15 p.m. EDT today, a commentary by Tom Cusick, senior vice president and chief financial officer, reviewing the company’s second quarter 2014 financial results and upward-revised full year 2014 financial outlook will be furnished to the SEC on Form 8-K and published on the company’s website at http://investor.columbia.com/results.cfm. Analysts and investors are encouraged to review this commentary prior to participating in the conference call.

The company will host a conference call on Thursday, July 24, 2014 at 5:00 p.m. EDT to review its second quarter financial results and full year 2014 financial outlook. Dial 877-407-9205 to participate. The call will also be webcast live on the Investor Relations section of the Company’s website at http://investor.columbia.com where it will remain available until July 23, 2015.

Columbia Sportswear plans to report financial results for third quarter 2014 on Thursday, October 30, 2014 at approximately 4:00 p.m. EDT. Following issuance of the earnings release, a commentary reviewing the company’s third quarter financial results and full year 2014 financial outlook will be furnished to the SEC on Form 8-K and published on the investor relations section of the company’s website at http://investor.columbia.com/results.cfm. A public webcast of Columbia’s earnings conference call will follow at 5:00 p.m. EDT at www.columbia.com.

This document contains forward-looking statements within the meaning of the federal securities laws, including statements regarding anticipated results, net sales, gross margins, operating expenses and leverage, licensing income, operating income, operating margins, anticipated acquisition effects (including accretive earnings, operating margins, projected net sales, transaction and integration expenses, and purchase accounting amortization), tax rates, performance of our China joint venture in future periods, and net income. Actual results could differ materially from those projected in these and other forward-looking statements. The company’s expectations, beliefs and projections are expressed in good faith and are believed to have a reasonable basis; however, each forward-looking statement involves a number of risks and uncertainties, including those set forth in this document, those described in the company’s Annual Report on Form 10-K for the year ended December 31, 2013 under the heading “Risk Factors,” and other risks and uncertainties that have been or may be described from time to time in other reports filed by the company, including reports on Form 8-K, Form 10-Q and Form 10-K. Potential risks and uncertainties that may affect our future revenues, earnings and performance and could cause the actual results of operations or financial condition of the company to differ materially from those expressed or implied by forward-looking statements in this document include: the ability to realize the forecasted benefits of the prAna acquisition on a timely basis or at all; the ability to combine Columbia’s business operations with prAna successfully or in a timely and cost-efficient manner; the degree of business disruption to Columbia and/or to prAna that may result from the acquisition and related integration efforts; loss of key customer accounts; the ability to successfully develop prAna’s brand and business globally; our ability to effectively and timely implement our IT infrastructure, data management and business process initiatives, failure of which could result in material unanticipated expenses and/or significant disruptions to our business; the effects of unseasonable weather (including, for example, warm weather in the winter and cold weather in the spring), which affects consumer demand for the company’s products; unfavorable economic conditions generally and weakness in consumer confidence and spending rates; the operations of our computer systems and third party computer systems; changes in international, federal and/or state tax policies and rates, which we expect to increase; international risks, including changes in import limitations and tariffs or other duties, political instability in foreign markets, exchange rate fluctuations, and trade disruptions; our ability to attract and retain key employees; the financial health of our customers and their continued ability to access credit markets to fund their ongoing operations; higher than expected rates of order cancellations; increased consolidation of our retail customers; our ability to effectively source and deliver our products to customers in a timely manner, the failure of which could lead to increased costs and/or order cancellations; unforeseen increases and volatility in the cost of raw materials, such as cotton, natural down, and/or oil; our reliance on product acceptance by consumers; our reliance on product innovations, which may involve greater regulatory and manufacturing complexity and could pose greater risks of quality issues or supply disruptions; our dependence on independent manufacturers and suppliers; our ability to source finished products and components at competitive prices from independent manufacturers in foreign countries that may experience unexpected periods of inflation, labor and materials shortages or other manufacturing disruptions; the effectiveness of our sales and marketing efforts; intense competition in the industry; business disruptions and acts of terrorism, cyberattacks, or military activities around the globe; and our ability to establish and protect our intellectual property. The company cautions that forward-looking statements are inherently less reliable than historical information. The company does not undertake any duty to update any of the forward-looking statements after the date of this document to conform them to actual results or to reflect changes in events, circumstances or its expectations. New factors emerge from time to time and it is not possible for the company to predict all such factors, nor can it assess the impact of each such factor or the extent to which any factor, or combination of factors, may cause results to differ materially from those contained in any forward-looking statement.