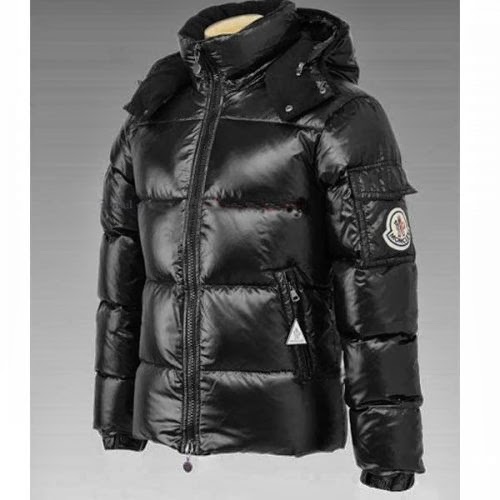 PARIS - Luxury down jacket maker Moncler aims to float in Milan in December with a valuation which has doubled in the past two years to about 2 billion euros ($2.57 billion), sources close to the matter said.

An attempt to float in 2011 was called off due to choppy markets but in the meantime sales have grown strongly for the company, which started as a ski jacket maker in 1952.
Moncler is hoping to woo investors with strong growth prospects based on its global expansion plans and now trendy status.

A December flotation would allow its top shareholder, private equity firm Eurazeo, to make a hefty profit on its purchase of a 45 percent stake in 2011 which valued the brand at 1.2 billion euros.
Sellers would also include private equity firm Carlyle which owns 18 percent after selling the bulk of its holding to Eurazeo. Carlyle took a 48 percent stake in 2008 when the whole of Moncler was valued at 220 million euros.

However, Remo Ruffini, the company's president who spearheaded its transformation, does not intend to sell any of his 32 percent stake, three sources said.

"He wants to remain the biggest shareholder and be associated with the brand long term," one of the sources said.

Two of the sources said they expected about 30 percent of the company to be sold to investors at the IPO.

One of these two sources said December was chosen because by then, Moncler, known for its black shiny down jackets, would have sold about 70 percent of its stock.

"It is a very seasonal business, so by December, Moncler will have good visibility on its winter season," the source said on condition of anonymity.

Moncler was a dormant brand generating 45 million euros in sales when Ruffini took control in 2003. He has turned Moncler into a hot fashion label and its jackets which were first sold in Alpine ski resorts such as Cortina and are now found in the hip shopping streets of Paris and Tokyo.

The brand's sales rose 35 percent to 489 million euros in 2012 and 18 percent on a like-for-like basis. Moncler's total group sales including other brands such as Henry Cotton's and Marina Yachting, which will not be included in the IPO, reached 624 million euros in 2012.

Group earnings before interest, tax, depreciation and amortisation (EBIDTA) - the bulk of which come from the Moncler brand - reached 170 million euros last year.

Sources close to the matter said they expected Moncler's valuation to reach between 10-15 times estimated Ebitda.

Bruno Cucinelli shares which have more than doubled since their debut last year, trade on an enterprise value/Ebitda multiple of 20 times but the high rating is partly due to the shares not being very liquid, analysts say.

This week, the world's biggest luxury group LVMH unveiled a 2-billion-euro takeover of Loro Piana which valued the Italian cashmere brand at 19.2 times its estimated Ebitda.

Moncler's debut would follow the successful listing by sunglasses retailer Italian Independent last month.
Moncler has been expanding worldwide, opening 22 shops in 2012 and now running 88 boutiques.
To build its name and image, Moncler has been using off-the-wall media campaigns by famous photographers such as Bruce Weber and hiring star designers.

Moncler jackets, which are mostly made in Italy, sell for around 800-1,000 euros and are made from goose down purchased from Russia, Poland and France.