Retail news : SportsDirect.com Take a Look at the State of Play in English Football 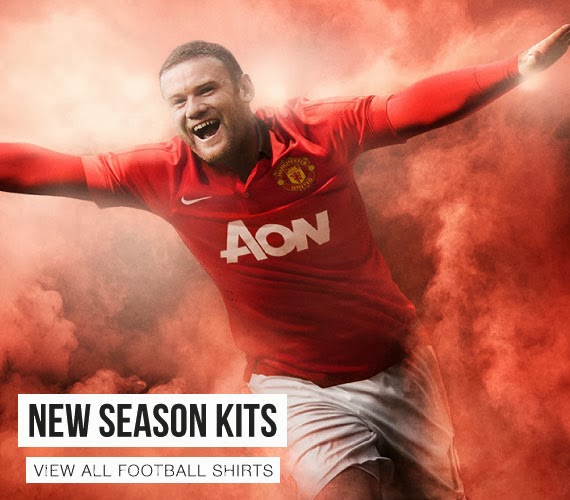 With recent news that English footballers account for less than a third of all the minutes played in the Premier League SportsDirect.com take a deeper look into English Football.

Oct. 16, 2013 - With recent news that English footballers account for less than a third of all the minutes played in the Premier League and the World Cup 2014 Qualifiers drawing to an end, SportsDirect.com take a deeper look into English Football.

Football is one of, if not the, most popular sport in England with people up and down the country spending their Saturday’s at the stands of their beloved football team and their Sunday’s playing 5-a-side for their work or pub team. England also has more than 40,000 association football clubs, which is more than any other country.

There is no doubt about the passion and devotion that football brings to England, however with the World Cup in 2014, the lack of English footballers in the Premier league has caused concern. Rio Ferdinand recently spoke to The Mail on Sunday with regards to this matter and said: "If you look at a lot of teams, there are England players who aren't playing for their clubs - yet we're hoping to go to a World Cup and do well!"

England don’t have a good track record when it comes to winning tournaments and this could be down to the fact that English players aren’t playing for English teams. The State of the Game Study by the BBC showed that, after England, French and Spanish players play the most minutes in the Premier League and Argentina and Belgium also have a fair amount of players in the Premier League.

This is down to many factors, one of them bring money. Foreign players are a lot cheaper than British players and Alan Shearer for one has stated that this among with managers not having much time are the main difficulties for England.

However, a recent article in the Guardian stated that the performance quality from English players is on the rise;  recalling that seven of them had made the top 20 this season and were training for the World Cup 2014 Qualifier games. So maybe it isn’t all doom and gloom after all.

Join in with football and sports discussions at www.Facebook.com/


More news about sportsdirect ? Use the search engine at the right top