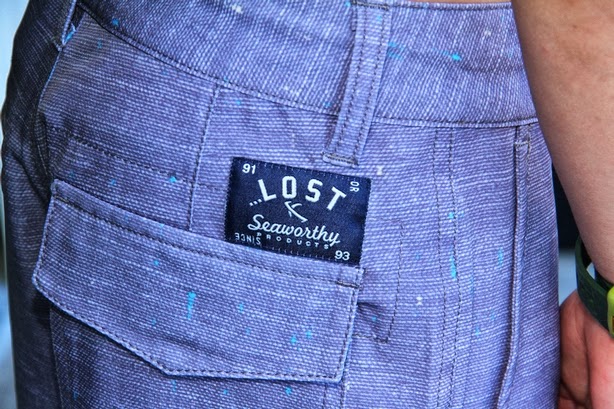 SAN CLEMENTE, Calif., (OCTOBER 2013) –  LOST Enterprises is pleased to announce the release of LOST for BOYS, apparel for the younger male generation, set to launch for spring 2014.

“We’re excited to respond to our retailers’ request to add LOST for BOYS to the floor,” said LOST Enterprises CEO Joel Cooper.

Capsule pieces from the LOST@SEA and ResinWorks collections will permeate the new line which will include board shorts, walk shorts, tanks, polos, wovens and T-shirts, all boasting rich, bold hues contrast by muted and distressed designs. Sizing will range from 22 to 30 in waist and small to X-large in tops.

The LOST for BOYS collection will hit better specialty retailers and core surf shops nationwide in the early 2014.

LOST began in 1985 when Matt Biolos and a bunch of school friends were into snowboarding at Mt. Baldy, skateboarding at the Pipeline in Upland, and surfing in Dana Point. They were "team lost". Thus the name ...LOST scribbled on books, t-shirts, benches, tables and eventually clothing. Matt's friends had been telling him for years to put the word Lost and his art on tees and try to sell them. By 1992, Matt began putting his art on T-Shirts with a ...LOST logo. His roommate Mike Reola, a recent business school graduate, helped him handle the business side of things and they both worked on developing a plan to slowly grow and market the company with little or no money. Matt Biolos and Mike Reola, while running the company with partner Joel Cooper, continue to oversee every aspect of the business.  LOST is one of the last privately owned and controlled surf and skate brands.